Does Identifying Low Utilization Amazon EC2 Instances Save on Costs? 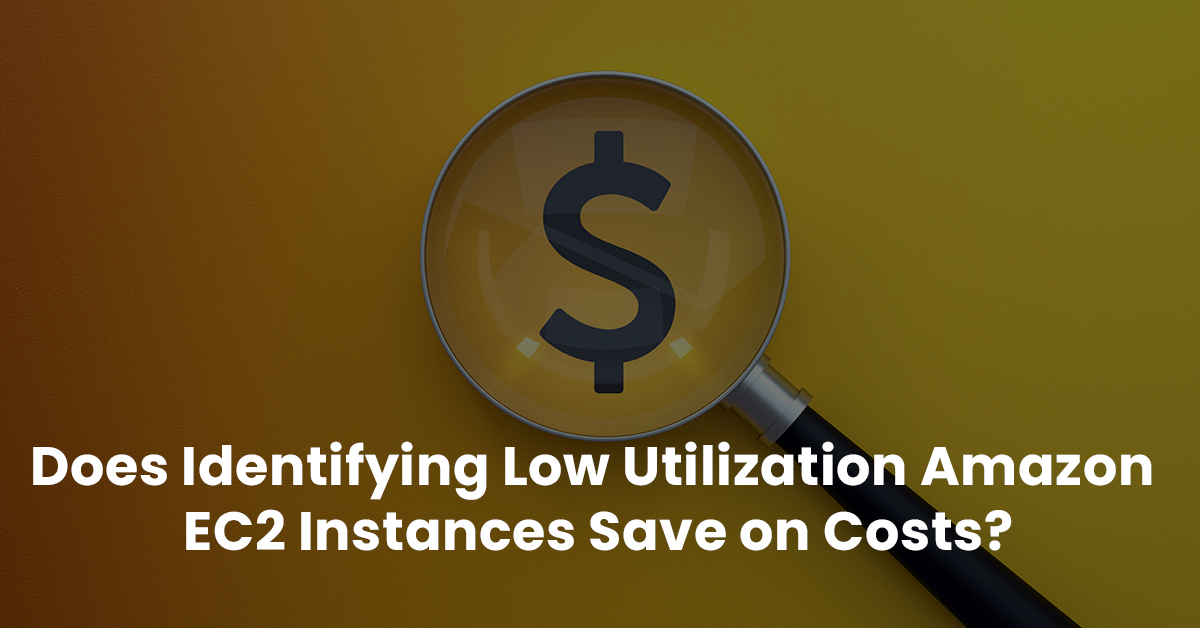 An Elastic Compute Cloud, EC2 instance, allows you to access a virtual server on the AWS cloud. Unlike an on-premises environment, EC2 Instances are flexible. With EC2, you can build apps, scale, and make virtual machines according to your resources.

You can specify the right quantity of bandwidth, CPU, disk storage, and other cloud resources. Typically, AWS sells EC2 instances in dollars per hour per instance.

So if you have an underutilized EC2 instance, chances are you’re paying for nonproductive resources.

On your AWS dashboard, locate the EC2 option. AWS has internal tools to help identify EC2 instances with low utilization. You can find instances from the navigation menu. Select any EC2 instance you want to explore. Users have to monitor their instances.

Generally, you can begin by stopping idle instances. AWS allows you to create alarms to terminate idle EC2 instances. Instances can either stay idle or reactivate based on set policies. If you have EC2 Instances that remain idle for too long, it’s necessary to terminate them.

Other cost optimization methods include:

Instead of triggering instances manually, use AWS Instance Scheduler to automate the running and stopping of EC2 Instances. The tool can stop idle instances and low memory instances, and run On-Demand Instances at the right time. If you leave all instances on, you’ll notice a high AWS bill. This software integrates with CloudWatch for metrics reporting. So you can calculate costs saved with scheduled policies.

When allocating cloud resources, it’s possible to underestimate what you’ll need. Sometimes we overestimate resources. That’s when the Operations Conductor comes in to help you resize EC2 Instances. With this software, you can create event-based rules to help manage EC2 instances. Operations Conductor can pull data from AWS Cost Explorer. It automatically resizes EC2 Instances based on collected data. While overestimating resources makes you pay more, underestimating resources affects performance. Resizing ensures you only pay for the resources you need.

Cost optimization should be a priority for every cloud user. For this reason, it’s essential to put all your cost centers under one roof. The nOps cloud management platform has uniquely defined rules to help identify low utilization Amazon EC2 instances. All you have to do is to integrate your AWS cloud to nOps. nOps will label EC2 instances with low traffic with a red icon. In addition, nOps will help you optimize these resources without the need to integrate separate tools.